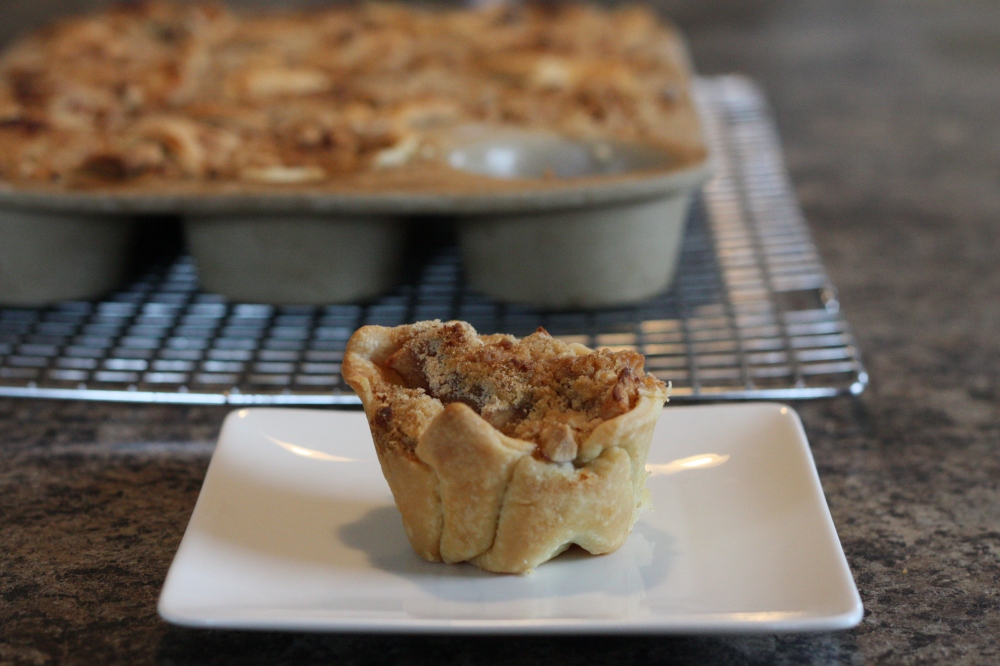 I had one ball of pie crust in the freezer I had to do something with before it got too old and I had apples in the fridge so I decided to make some tarts. Seemed like a Fall appropriate thing to do!

I was able to get 12 tart shells out of the one ball of crust I had frozen.

I cut the ball in half and rolled it into a circle and then cut that circle into 6. The pieces were kind of rounded triangles. They just look a bit more rustic than perfect ciricles! So I was able to get 12 shells out of the two halves.

I refrigerated the shells after I placed them in the muffin tin while I prepped the filling and topping.

I mixed the flour, sugar and spices and then cut in the butter. Then I added:

Fill the tart shells with the apples and then add the topping. I had them rounded up due to shrinkage while baking.