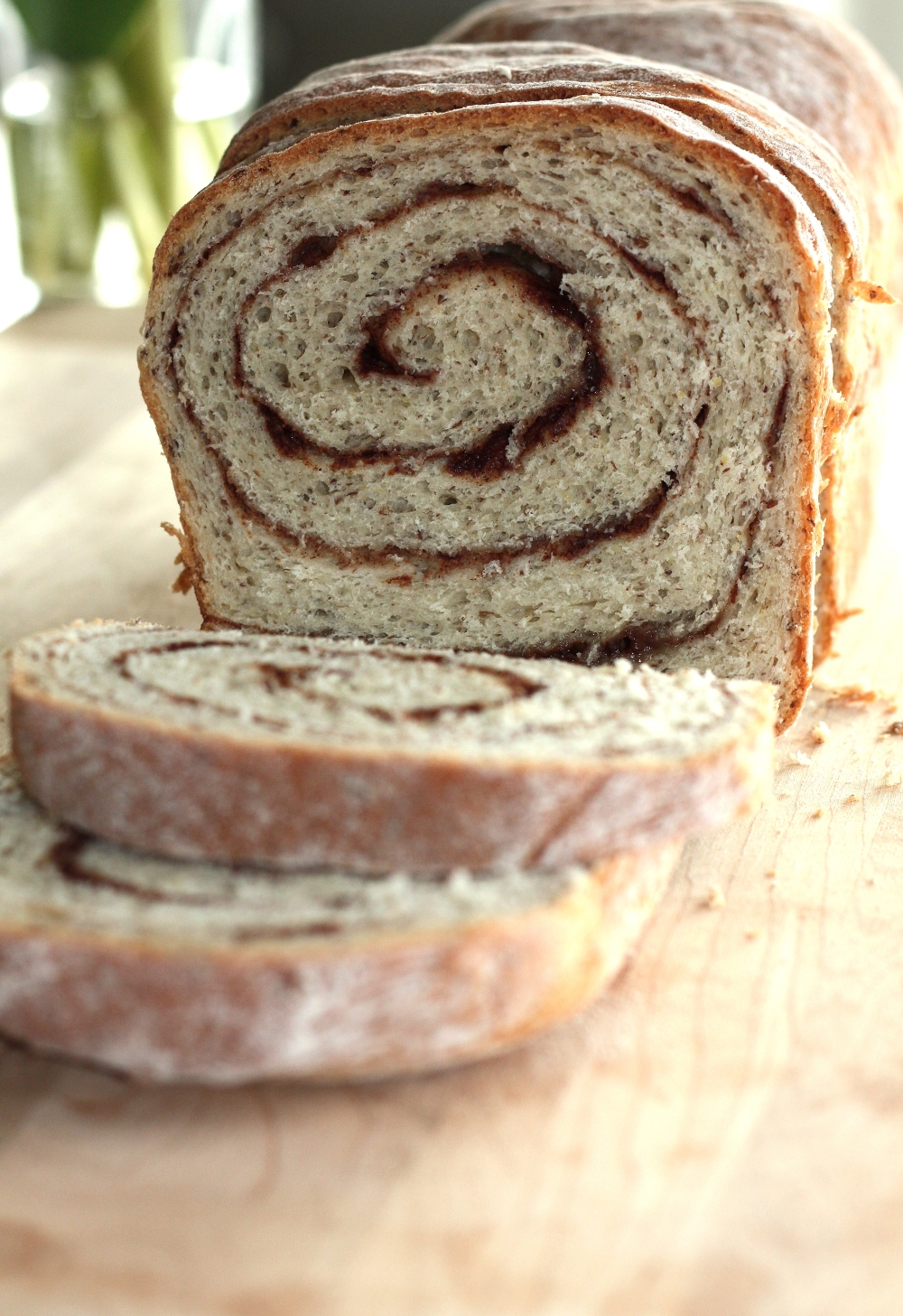 This is a delicious sweet bread that usually contains eggs. In this bread I use flaxseed and plain yogurt as the egg replacement to help keep the dough nice and soft. I also use honey in the bread itself. This was my first attempt at a swirl bread but I have made other types of bread before. There is a bit of extra work involved but you are rewarded with a pretty design when you slice the loaf.

In a small pot, heat together until the butter is just melted:

In a large mixing bowl combine:

Let the yeast activate for 15 minutes until nice and foamy.

Mix with a dough hook in a stand mixer or by hand with a wooden spoon. Slowly add in up to:

You want to dough to be soft and slightly sticky but not so sticky you cannot handle it. Mix for several minutes to activate the gluten or knead by hand for several minutes. Once you have a nice dough, coat in vegetable oil or dust lightly with flour and return to the large mixing bowl to rise. Cover the bowl.

Leave the dough to rise for 1 to 2 hours depending on the humidity, until twice the size.

On a clean surface, sprinkle some flour and roll out half of the dough to about 1/4 inch thick. Try to keep the width only as long as the loaf pan you are going to bake the loaf in. You will end up with a fairly long, narrow rectangle. Mine ended up a bit too wide but you can always trim it to fit your pan. 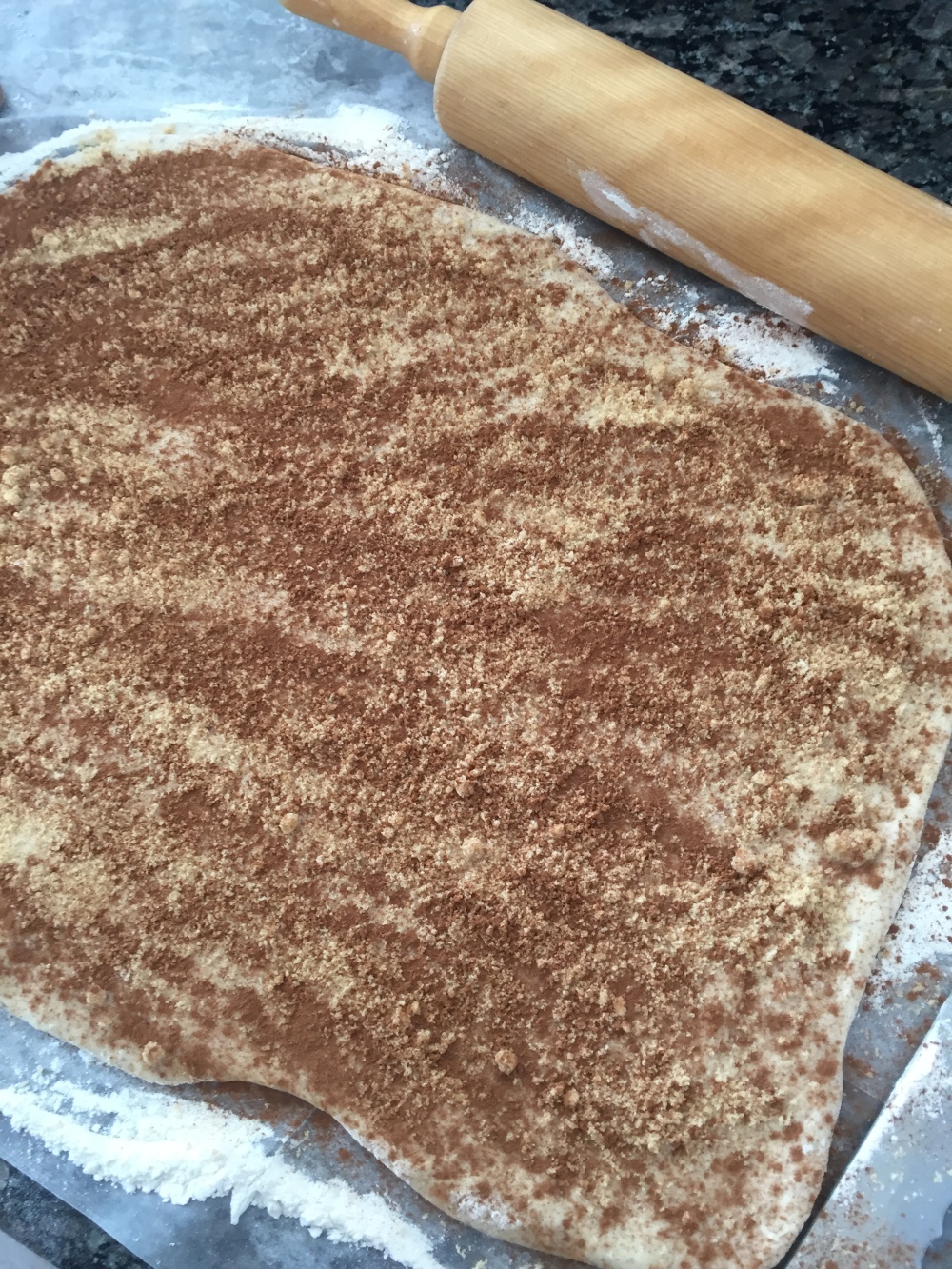 Sprinkle the dough with:

Roll tightly and place in a greased loaf pan. Repeat with the other half of the dough. Let the loaves rise for another hour.

Bake at 350 degrees F for approximately 40-45 minutes until golden brown and baked through. Take out of pans to cool. Enjoy!